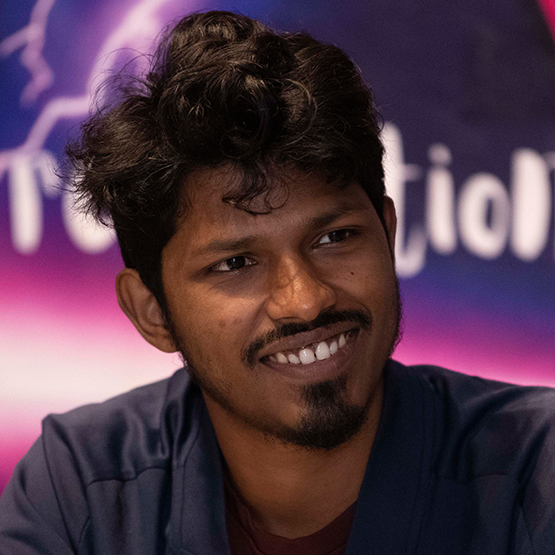 PURUSHOTAM KUMAR – Known as NPK is a young film director, writer and filmmaker from Ranchi. He holds masters in Science from DSPMU, Ranchi and Bachelor in education from Central University of Jharkhand. Now a days he is in the final stage of Nagpuri feature film ‘Dahleez’. He is already get international acclaimed from his short film ‘Bandha Khet’. This film is highlighting the dark side of our farmers.

He born and bought up at Jaldega, Simdega surrounded with tribal-regional culture and traditions. He has strong hands on Tribal-Sadan literature. He got many awards and certificates for his intense work in the field of regional cinema and theatre. In 2022 he got the golden opportunity to travel South Korea and New Zealand to represent his film.