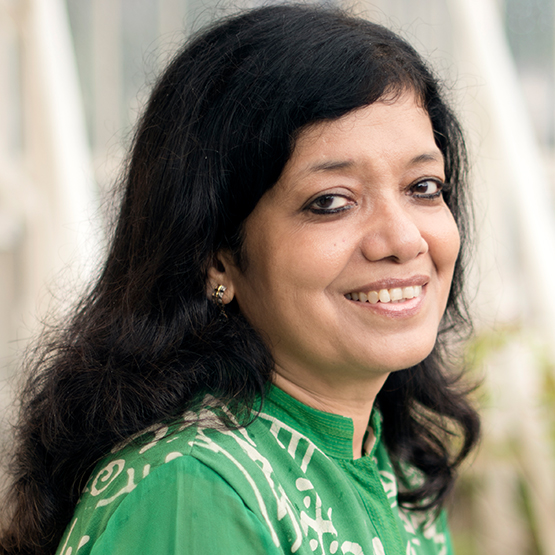 Alka Saraogi is a Hindi author from Kolkata. Her first novel ‘Kalikatha via Bypass’ won the Sahitya Akedemi award in 2001. She has published six more novels. She is translated into many European languages like German, Italian, French and Spanish and regional languages of India.

Her new novel ‘Kulbhushan Ka Naam Darj Kijiye’ grapples with the theme of long displacement of people migrating to West Bengal between partition and the formation of Bangladesh.