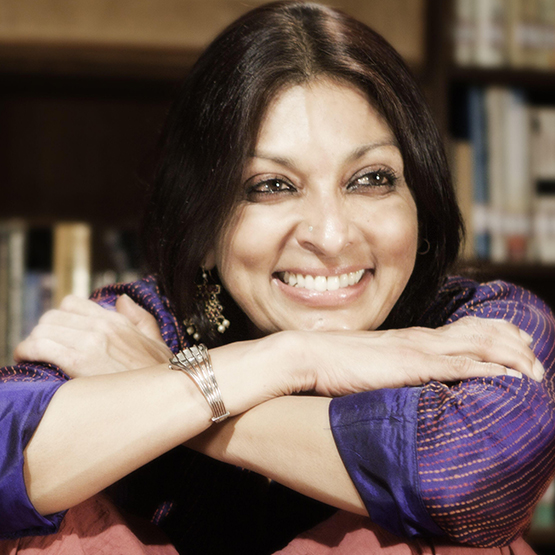 Mallika Sarabhai has been one of India’s leading choreographers and dancers for over four decades. In constant demand as a soloist and with her own dance company, Darpana, she has been creating and performing both classical and contemporary works. She has also produced over 3000 hours of television work talking about issues of the environment, women, communal harmony and violence, using the most popular genres of TV. She has a Ph.D. in Organisational Behaviour and has been honorary Director of Darpana Academy of Performing Arts for 40 years. She first came to international notice when she played the role of Draupadi in Peter Brook’s The Mahabharata for 5 years, first in French and then English, performing in France, North America, Australia, Japan and Scotland. Always an activist for societal education and women’s empowerment, Mallika began using her work for social change. Sis known for creating hard-hitting theatrical works and stage productions which have raised awareness, highlighted crucial issues and advocated change, several of which productions have toured internationally as well as throughout India. Over the last 18 months she has motivated hundreds of people through her many webinars and interviews, and through Darpana’s project Nritya Parichay to bring mental health and self-esteem to thousands of marginalised youngsters.